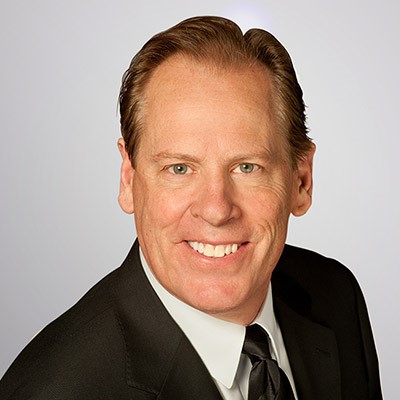 DETROIT, September 27, 2021 – Industry veteran and leading consultant Ron Harbour, former president of Harbour Consulting and renowned author of “The Harbour Report,” has formed a partnership with The Rite Angle LLC, a Michigan-based energy innovation company. The Rite Angle LLC, in partnership with other global R&D companies, has developed a technology to safely and inexpensively generate a Hydrogen-based fuel derived from water.

The Rite Angle technology offers safety and lower cost, easier storage and a hydrogen fuel that is 2.5 times denser than previously achieved. It can be compressed at over 1,000 bar, stored in tanks for years, and liquefied at 1 bar/-178 C.

The Hydrogen-based fuel also can be produced on-demand wherever needed, meaning it can be used as a cost-effective direct replacement of fossil fuels for propulsion systems in vehicles, ships, generators, boiler systems, power plants, turbines, aircraft, rocket engines, spacecraft, non-Oxygen underwater welding machines, or anything else with a power source. In most cases, the Rite Angle solution can reduce fuel use by at least 50% and significantly decrease carbon emissions, producing only water as a byproduct. The company also will introduce an emulsified diesel fuel, currently a 50/50 blend of diesel and water while producing the same energy output and half the emissions.

“In my decades of work in manufacturing, I’ve been exposed to hundreds of innovations, some of which demonstrated exceptional performance but fell short of commercialization. With the Rite Angle breakthrough, I’m staking my life’s work and reputation on the game-changing benefits it can have to industry, the environment and society,” said Harbour. “The long-sought-after hydrogen solution as the world’s premier fuel is about to become reality.”

Through this partnership, Harbour will guide the commercialization and go-to-market strategy for Rite Angle, working closely with company leadership to ensure the successful rollout of the technology to interested markets and companies around the world.

“Our company, along with incredibly talented partners around the world, have been tenaciously chasing this solution for over a decade, and now that hard work has resulted in a new energy that uses a source with unlimited abundance,” said Dean Weston, CEO of Rite Angle LLC. “Now it’s time to launch it into the market where it can change lives and help preserve the planet, and we’re excited to be working with Ron Harbour as we aim to introduce this to the global stage over the coming months.”

Because of its abundance and zero pollutant characteristics, hydrogen has been pursued as an energy source for hundreds of years. But, limited possibilities to store and transport hydrogen, coupled with past safety concerns, the high cost to produce it and infrastructure challenges, have caused most companies to place the focus on developing other alternatives such as electric cars. Electric vehicles, however, present a new set of limitations, including flammability of batteries, range anxiety, heavy weight, high cost, short lifespan, recycling of hazardous materials, charging times/availability, and hot/cold weather performance issues. Most troubling is the greatly increased load electric vehicles add to the already fragile electric grid.

Rite Angle has solved these challenges.

About The Rite Angle LLC

The Rite Angle has been working for more than a decade with companies and universities around the world on its mission to develop a low-cost, safe, environmentally friendly hydrogen based fuel to replace traditional high-polluting hydro-carbon fuels used today. The company has developed a hydrogen-based, modified stoichiometric fuel, that can be a direct replacement to current fossil fuels while providing all three desired benefits: cost savings, safety, and environmental sustainability. More information can be found at www.riteangleenergy.com